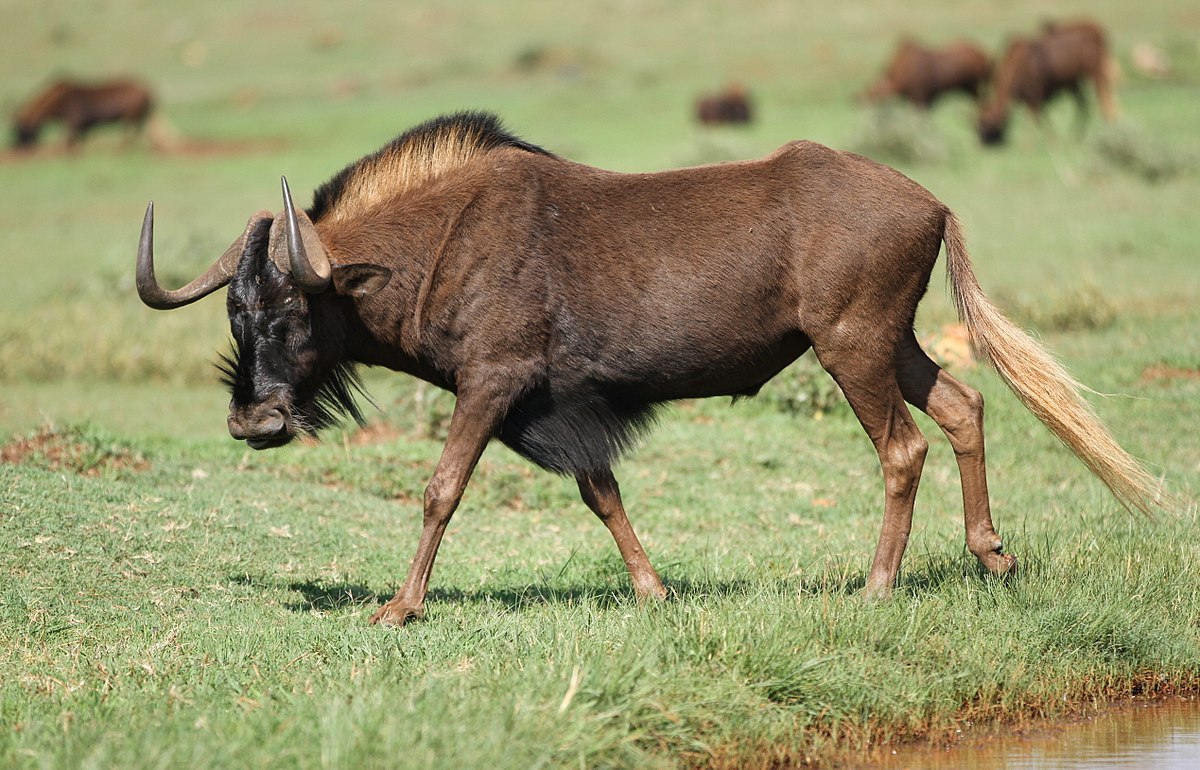 Africa is home to the iconic Big 5, attracting tourists from all over the world. Did you know that there is also another fascinating group of animals known as the Ugly 5? They may not be the prettiest specimens, but they’re just as intriguing. They can be seen on game drives and walks at many safari and game lodges in South Africa such as Pondoro Game Lodge.

Hyenas are known to be crafty nocturnal scavengers. They feast on the left overs of predators’ kills e.g. if a pack of lions kill a buffalo, they will watch until the lions have had their share, wait for them to leave and eat the decaying scraps. Most frighteningly, hyenas are cannibals. They may attack and eat other hyenas, especially the young.

Hyenas are renowned for their characteristic laughing sounds, which serve as alerts to other hyenas when food is found.

Wildebeests are a type of antelope, native to Africa. There are two types: black and blue
The primary differences are in their physical characteristics: the curvature of their horns and colour of their coats. In terms of size, the blue wildebeest is the bigger of the two types.

The Maasai Mara region in Kenya is famous for the Great Migration of wildebeest. This incredible natural phenomenon that sees millions of wildebeest begin their journey from the southern Serengeti and travel to the Mara – late July / early August is the best time to visit in order to witness this wildlife marvel. It’s guaranteed that you’ll never see anything like this anywhere else in the world.

Vultures are famous for being scavenger birds of prey. Most types can easily be distinguished by their characteristic bald heads. Interestingly, it has been suggested that their bald heads serve to help vultures regulate their body temperature (thermoregulation).

Like hyenas, they eat leftover scraps of animals that have been killed by other predators. Their strong immune systems prevent them from becoming ill after eating rotting meat. Vultures have a translucent third eyelid (known as nictitating membrane) providing the eye with additional protection. In a similar way to some birds, reptiles and sharks.

The description ‘picturesque and regal’ is unfortunately not suitable for a warthog.
There are two species: common warthog and desert warthog.

The common warthog is a member of the pig family and can be found in grassland, savannah, and woodland areas in sub-Saharan Africa; the desert warthog on the other hand, is endemic to Kenya and Somalia.

The warthog can be identified by its characteristic two pairs of tusks that stick out from the mouth and curve 90-degrees or more. The tusks are used for defence purposes against predators.

They are primarily herbivorous, eating mainly grass, fruit, berries, roots and insects, but they sometimes eat other small mammals, reptiles and birds.

The Marabou is an extremely strange-looking bird found in sub-Saharan Africa, living in both arid and wet habitats.

It can be easily recognised by its immense size, bald head, black-coloured back, white-coloured underparts and wingspan of approximately 3.7 metres, which is said to be the largest span of all land birds.

Like other stork families, marabou storks are gregarious, meaning that they live in flocks or communities.

It’s a scavenger by nature, eating termites, flamingos and carrion (rotting meat scraps). In fact, it will eat any animal that it can swallow. It often follows vultures, waiting for them to tear open the carcasses so that it’s easier for them to access the dead flesh.