A Walk Through History: The Hadrian’s Wall Walk

Ever wondered what it would be like to take a long nice walk through history? Well, then the Hadrian’s Wall Walk is just the thing for you. In northern England, the 84 miles long Hadrian’s wall path stretches from Wallsend to Bowness-on-Solway connecting the east and the west coast. Most of the path is close to the remains of the almost 1900 years old Hadrian’s Wall. The brute structure was erected by the Romans to separate civilization from the barbarians. If that idea sounds familiar then you are not alone. George R R Martin has admitted that the inspiration for the 700ft wall in his series books, A Song of Ice and fire, came from this very wall. Although the walk is a long one and it will take at least 10 days to cover the entirety of it, a holiday there is worth it and you plan accordingly here for your days at Hadrian’s Wall walk.

Still interested? Here are the 10 places you must see on your stroll.

About Four miles north of Bardon’s mill, you can find perhaps the most dramatic site on Hadrian’s Wall. It is perhaps one of the best-preserved forts of the Roman era. High from above the ridge, you can see the mores of the Northumberland National Park and the snake-like wall inspires awe and fascination in the minds of the visitors. The most impressive part of the housesteads is it’s intricately designed ventilation system that facilitated, which are now remains, of a hospital and granaries. Interestingly the communal latrines were entirely flushable even at that point in history. Reading the information board reveals an image of how the buildings might have been in their glory days.

The ticket office has a model of the fort which has been scaled down to size.

The Remains of the former garrison town of the Roman Empire, Corstopitum, is situated around half of a mile west of the Market Place located on Dere Street. Dere Street was at that time the main road that connected York to Scotland. Although it is perhaps the oldest fortification in the locality and it predates the main wall by 40 years or so, the structures and its remains are from approximately AD 200. This was the time when Corstopitum had been turned into a settlement for civilians and functioned as the main base for the wall. The Corbridge Museum is home to carving and sculptures of Roman ancestry. The Corbridge Lion from the 3rd Century can also be found in the museum. What remains of the town, exudes an aura of domesticity.

Near the River Tyne in South Shields, The Abreia Roman Fort is a place that will thrill anyone who has an affinity for history and archaeology. Visitors can get a glimpse of the archaeologists at work, trying to unearth a granary that will most likely Britain’s only permanent and stone built granary. The architectural feat from around Ad 160 and one of the unique structures along the Hadrian’s Wall is something that can’t and shouldn’t be missed.

The Chester fort, not far from River Tyne, in the village of Chollerford, is home to some nicely conserved steam rooms and bathhouses. The fort also has an interesting bottom-up heating provision which kept the cold at bay for around 500 troops. In fact, it boasts one of the best-kept cavalry forts in England.

This Deli and Café is an exquisite pit stop after you are tired from all the walking or cycling, or if you want to just have a moment take everything in and contemplate on your journey so far. They boast themselves to be the most loved eatery in Corbridge and its premium collection of produce gives them the right to do just that. The extravagant selection of Cheese is something the larder is especially proud of.

The Roman Army Museum is especially a significant institution as it offers a 3D audio-visual show on the history of the wall and the Roman Empire. One can get a glimpse of the lives and livelihood of the then citizens of the wall of both civilians and soldiers when they had a respite for conquests and were enjoying their rest and recuperation time. 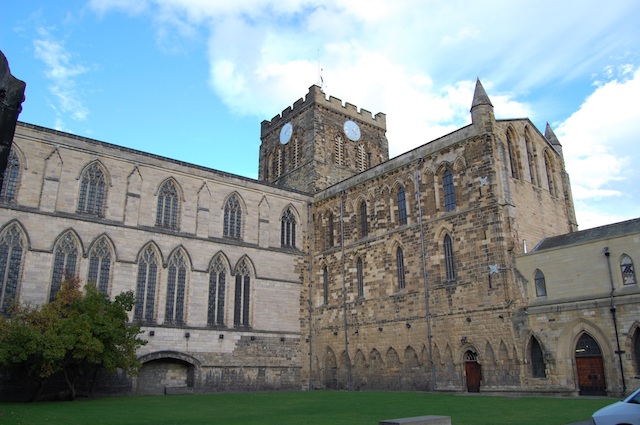 The fantastic tiny yet overwhelming Market Place is an architectural accomplishment by the English architects of the AD 120s. In 1537 it was changed into a parish church to avoid being dissolved and it continues to be one. What makes this place even more special is the Saxon crypt from the 7th century. It outlived all the other elements from St Wilfred’s Church. Inscribed stones were brought form Corstopitum to construct it in 674.

Close to the Wall, this monastery, in the days of the Anglo-Scottish war, fell victim to a multitude of attacks yet it stood strong and does so to this day. Although a lot of it is in ruins, for the most part, it is very well maintained and preserved. This Cumbrian monastery is a symbol of faith and reverence and what reinvigorates the love and admiration for a power that is greater than us mere mortals.

A visit to Vindolanda is like a journey through time. The museum holds treats that is relatable to this day and gives us a sense of belonging in the vast sea of time. The writing tables found there feature, among others, homework’s of students with remarks varying from insult to praise, not unlike today. Also, a note sent by one parent that described a present of underpants and socks. Vindolanda has been excavated quite a bit and the work is still in progress. 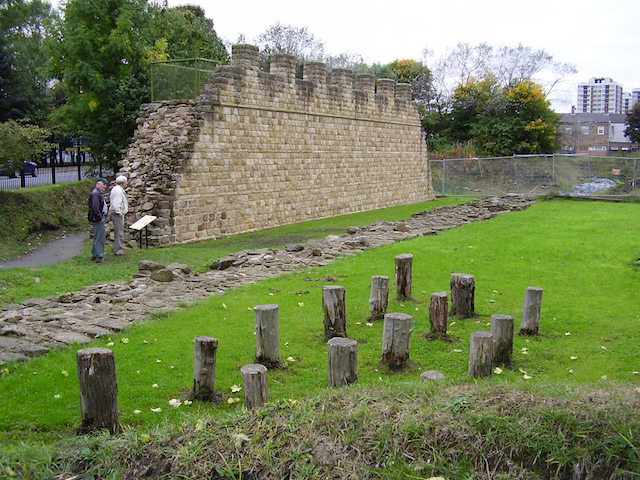 A very descriptive name, Walls End, which is also a characteristic of the old English nomenclature, is the end of the wall on the eastern side. The name is also a glimpse of how most of the things and places in The Game of Thrones get their names (Winterfell? small-clothes?) This was an operational garrison for at least 300 years.